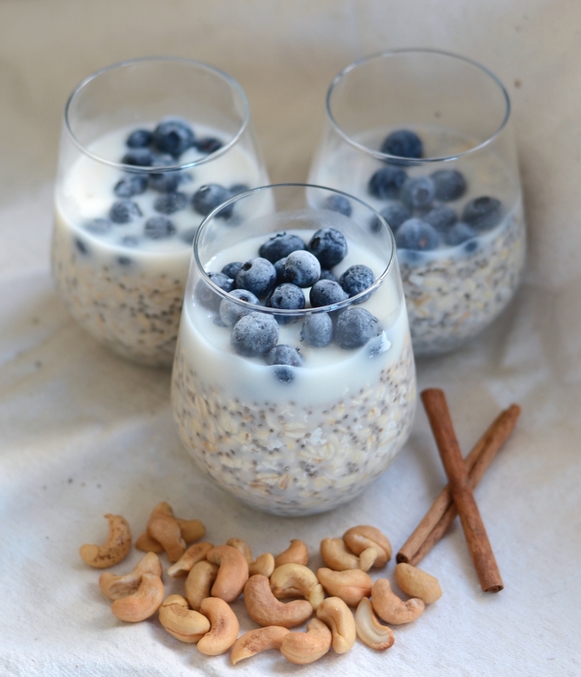 Yeah, I know – I haven’t posted in ages.

Here’s the thing. Back when I started blogging two years ago on Tumblr where this whole site stemmed from, I was fuelled like a crazy lady to do everything in my power to get into dietetics. So that meant volunteering in hospitals, dialysis centres, for dietitians, blogging for magazines, photographing recipes for books, and yadiyadayadadayada. So I’ve basically been a non stop machine for two. whole. years. trying to juggle a million things on the plate, until I finally got accepted into dietetics this year.

Then… I got kinda lazy.

I mean, not in the sense that I just wanted to be a couch potato and give up on everything I’ve worked for, but in the sense that I was just plain exhausted. Honestly one of my first thoughts following “Holy shit I did it” when I got my acceptance letter was “Oh my God. I can finally stop doing all this extracurricular shit.”. So I’ve been posting on and off, but I just think that I needed a big break from feeling like I had to fully commit to this blog along with my other things going on in life.

But recently, I think that I’ve finally recharged and I’m kinda rearing to go! Especially with the holidays coming around I’m always like “Hell yes, lets make a million beautiful dishes!” and I’m slowly easing my way back into the swing of things. Picking up my camera for the first time in ages was an odd experience to say the least – I had no idea what I was even doing. I think I finally got the hang of it (you know, 100 shots later), and I think I’m finally warming up to the process again.

Anyways, endless blabbling aside, lets get to the recipe!

So a few months ago, Susan and I decided to go on a spontaneous trip to IKEA which resulted in me getting a few of these wine glasses (but unfortunately no meatballs). You know how you always see people on Pinterest putting pretty things into stemless glassware like mousses, puddings, and such? Yeah well I’ve waited forever and a day to finally do it myself! When I saw these glasses in the isles I was just all

“Oooooh I can make like a pretty fancy chocolate mousse or something in there!”

But who am I kidding… I don’t even like dessert. Instead, I went ahead and made something breakfasty – which by the way, is the most important and best mother fucking meal of the day. If you’re a morning person like me, then you’ll understand the excitement I feel every morning when I leap out of bed at 5:30am and dash into the kitchen to fill up my insatiable tummy. My current go to breakfast is a hash of potatoes, eggs, and scallions served with an apple on the side. However, I do have those days when I just cannot muster up a fuck to give about cooking, so this is where this recipe comes in! Just picture it – opening up the fridge to have a healthy, filling, beautiful (though subjective), and delicious breakfast waiting to be devoured.

The wonderful thing about overnight oats is that not only is it simple and customizable, it also offers that comforting feeling that you’re fabulously competent in the kitchen. A handful of ingredients, 5 minutes of your time, and you’re absolutely golden. Obviously this is just a variation on what you can do with oats, but I constantly have frozen blueberries about my house so they’re my staple go to when making this recipe. 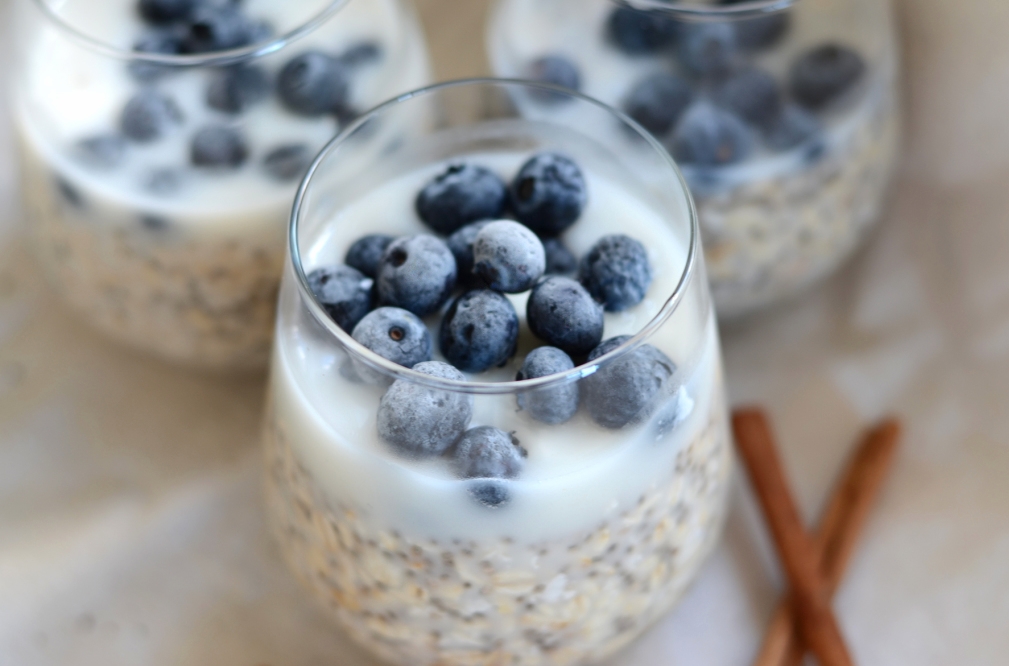 – 2 cups of cashew milk (use almond, whatever you feel like)

– 2-3 tablespoons of honey (to your taste, omit if you like)

2. Pour into three separate bowls, or jars (whatever you have on hand)

3. Stick in the fridge overnight or for at least 5-6 hours

4. Dollop greek yogurt and blueberries on top of each bowl to serve!

Also, you can just make this ahead of time and eat it throughout the week as long as you keep it in the fridge! I usually like to do this in 2-3 day batches so I don’t have to worry about making it every single night, not that it’s a hassle or anything. But you know, for those times when laziness just takes over.

But yeah, try it out, let me know how you guys like it 🙂