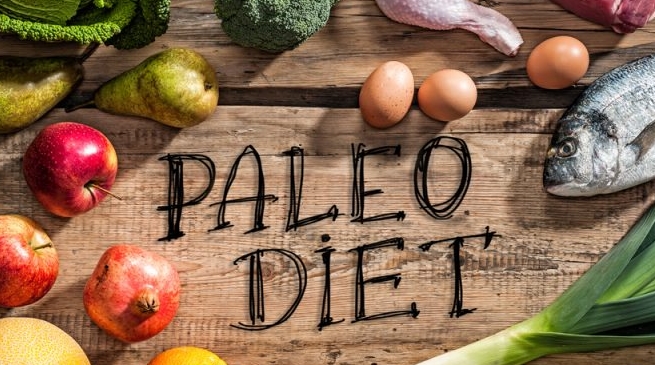 If you’ve been following me anywhere (Instagram, Twitter, Facebook, my blog, etc.) throughout the last 2.5 years or so, you’ll probably know that I’ve been paleo for quite a while now. I’m sure most of you know what paleo is by now, since it’s becoming one of the most popular diets to follow recently. But in the case that you don’t, it’s basically the “caveman” diet with these basic rules:

When I first started there were hardly any sources of information out there. Now everywhere you go, there are paleo books, paleo blogs, paleo everything. The whole basis of the diet is to eliminate foods that cause inflammation in your body, and to eat more whole foods that are full of nutrients and not processed. Now I’m not trying to be one of those people who are all “Ugh this is a popular thing now so obviously I can’t follow it anymore.”, but I just genuinely can’t do it anymore. So here’s a list of my main issues with the whole lifestyle:

1. The irritating sense of superiority: I’m sure we’ve all met those annoying-as-fuck, angry vegans out there in the world before right? If you haven’t, come to Vancouver. You’re gonna be running into them left and right, and they’re probably gonna yell at you because they can smell the meat on your breath or something. In the same vein, a lot of paleo people have become “holier than thou” in terms of comparing their diets and lifestyles compared to other people. “Oh… you eat grains? Haha, have fun dying of inflammation.” or things like “Is that butter grassfed and local? No? You’re joking right? I get it. Local, pasture raised, organic produce/meat is better in any case regardless of your diet but STOP PUSHING IT ON PEOPLE and acting like you’re saving your life because you eat copious amounts of coconut oil and grassfed beef. Seriously. Stop it.

I’m not trying to sound like an asshole, because I’ve been guilty of doing the same thing. When I first started off doing the whole paleo thing, I would look down to my friends and say things like “Oh sorry – I can’t go eat there with you. I’m paleo. How the fuck do you expect me to go eat Chinese food with you. They use canola oil and everything comes with white rice. DO YOU WANT ME TO DIE OF A HEART ATTACK?!” and I probably sounded like some stuck up bitch. Sorry, oops, my bad.

2. People use the paleo label to disguise shitty food as “healthy”: Again, you know how some people go vegan because they think it’s just “healthy” in general, and regardless of what they’re eating, as long as it’s vegan, it’s excellent for you? But then you go and look at some vegan products and you see random chemicals and shit and you’re just like “UMM…………  NO.” Yeah. Same thing is happening with the whole paleo diet.

First of all, just let me state these two things:

Sugar is still sugar. Regardless of whether it’s coming processed out of a bag of Roger’s sugar, or in a bottle of raw, local, organic wildflower honey. Yes, honey is obviously going to have some delightful vitamins, minerals, and all of that wonderful stuff you get with eating synergistic, natural foods but if you eat spoonfuls of the stuff every day, you’re obviously going to gain weight.

Nuts have phytates (an antinutrient). People go paleo to avoid things like oxalates and phytates found in legumes and grains from preventing your body from absorbing nutrients from foods. But yet – nuts are still a go just because they have lower quantities of these compounds in general. But I mean, if you go and eat crazy amounts of the stuff… then you’re kinda missing the whole point of avoiding the other foods in the first place.

Then you go ahead and go on a paleo cooking blog or cookbook and literally 80% of all the recipes are desserts. Gluten free and guilt free are not mutually inclusive.

And you’re gonna find similar products on grocery shelves now too. But anyways, you then go to look at the ingredients and all you see are nuts, different types of sugars, eggs, fruits, oils, fats, etc. Granted they’re probably still better than your conventional baked/packaged goods, but come the fuck on. The whole point of going on the diet is to avoid junk and to eat like a caveman. Do you think that a caveman ate blueberry bars all day long?

So just because your list of ingredients is paleo approved, it doesn’t mean that you can have it every single day and label yourself as one of the healthiest people you know. But go ahead if you don’t believe me, eat these foods all day long and see if you lose the weight you planned on losing by going paleo.

3. Nutrition isn’t black and white: Honestly, scientists have just barely touched the field of nutrition. There is so much information that we still don’t know and that leads us to a lot of problems. People can basically justify anything they want through “research”.

If you’re a nutrition major like I am, you’ll know that you can basically find studies that support either side of an argument easily. So my issue is that with any diet, people use only the studies that support their beliefs, and slap them all across their sites to keep making it seem like their diet/lifestyle is the one to follow. For example, you have studies that show that grains can cause inflammation and digestive issues, but at the same time, you also have studies that show that people who ingest more grains have higher levels of enzymes in their gut to break down the proteins found in them (such as gluten).

They’ve also been recently talking about how everyone’s nutrient needs can vary down to the differences in our own DNA, so how is one specific diet supposed to satisfy everybody when no two people are the same (unless you’re like, identical twins of course)?!

Oh – and my biggest pet peeve?

Just because you can do a Google search, it doesn’t make you an expert on a topic.

The amount of idiots who Google shit like “Gluten intolerance” and read through three websites that say things like “gluten is bad.” “gluten makes you fat.” they immediately hop onto the anti-gluten bandwagon and start to preach like they’re an expert in the field. Shut up and stop it. Now I’m going to go ahead and make a terrible stereotypical statement, but I find that this happens the most with paleo and vegan people. You could seriously spend a whole afternoon reading people’s comments on YouTube/the internet, fighting each other with “evidence” they’ve found about why their diet is the best.

“Shut up you’re stupid. Have you even read (insert book/article) before?!”

“No you’re stupid. You need to read (insert  book/article) and you’ll see why you’re so wrong.”

4. Too easy to over eat: I remember one of the first articles I read when I first started going paleo said something along the lines of “Eat a steak if you’re feeling hungry.” and I was all “Oooh, well that sounds fantastic.” and that’s what I did. Whenever I was hungry, I reached for a piece of meat. Not only was that ridiculously expensive, but I eventually fell into a habit of just eating crazy amounts of fats/meat whenever I felt hungry or bored. I actually ended up having stupid digestion issues where I would be so bloated sometimes after meals because I would have so. much. protein in my stomach, and I couldn’t figure out why I felt that way for the life of me.

In hindsight, it wouldn’t have been an issue if I had been more conscious about my meal portions and such, but not every person out there is good at portion sizes and/or organizing their meals. But when I see people post photos of Instagram drinking cartons of double cream, or having 10 eggs as a snack, it just instills this mindset that shit like that is okay to do. Maybe if you’re a hardcore athlete who can afford to buy the highest quality ingredients it would be okay, but for the general, every day person? Nah. So while many paleo people bash those of us who follow the SAD (Standard American Diet) for binging on things like potato chips and candy, claiming that it made us fat, well binging on meat and nuts made me fat. Just because you follow a diet focused more on whole foods doesn’t mean that you’re excused from the possibility of making such mistakes.

The point I’m trying to really make here is that you shouldn’t feel like you have to squeeze yourself into some sort of diet regime to become a healthier person. Fad diets make it so easy for us to fall into a regime of disordered eating, and eating becomes less of an enjoyable part of life, and more of a chore. You shouldn’t have to worry about whether a beer is gluten free or not (unless you’re a celiac) while out with your friends, or whether the dressing on your salad contains canola oil which you consider the devil.

I think that people also need to focus less on this whole protein craze we’ve got going on. Yes, it’s important for our bodies but don’t be one of those people who swap a sweet potato or an apple for a protein shake just because you hear gym rats all around saying yay to protein and nay to carbs. On a related note, don’t follow any meal plans unless they’re created by a licensed professional. No, a “personal trainer” who went through a 5-6 week course does not count, and neither do the “nutritionists” you find online via Google, Instagram, or Tumblr. There are those of us who go through years of school, internships, and grad programs for our licenses and titles and we’ll be damned if you think a Tumblr teen who did a 2 week online nutrition course has a more comprehensive understanding of food than we do.

Eat whole foods, but don’t focus on one specific item/group. Excessive amounts of kale will not heal your body, and pounds of lean, organic, pasture raised chicken breast will not make your muscles pop. Also, stop replacing junk with glorified junk on a regular basis. If you could leave behind the Starbucks Blueberry Bars, you don’t need to replace it with your “healthier” version with a blend of 99 different flours and gums and have it every day thinking you’re golden. Just eat some fucking blueberries and oatmeal. But you know what? If you wanna have a blueberry bar, just have one and own it. There’s no freaking need to feel like your world is about to come crashing down. Moderation isn’t a concept thought of just to make us less guilty about that piece of pizza we ate – it’s really not that huge of a deal.

Eating should be a simple concept, but we’re somehow predisposed to complicate everything now and it is completely ridiculous.