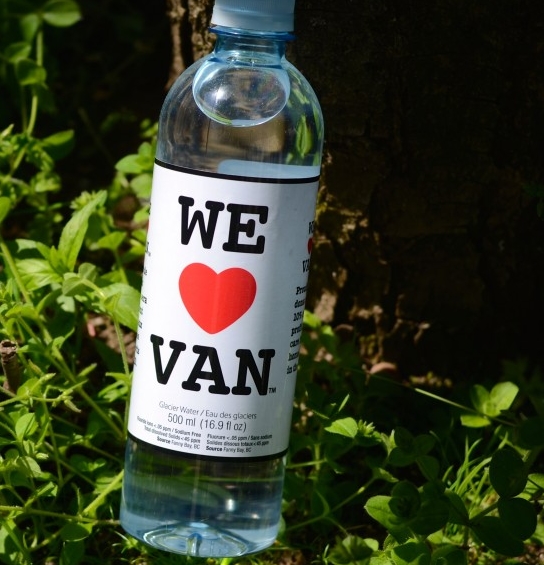 So I walked into the grocery store this morning to grab a few items, and to my surprise, there was an entire isle for water that I never noticed before. Yeah. An. Entire. Isle. What the hell?!

Kudos to companies for somehow managing to brand and package the free shit that comes down from the sky and out of our taps at home into thousands of products that differ in a million ways but yet… still just looks, tastes, and is the same for the most part. Perhaps living in Vancouver has enclosed me in a bubble of delusion that everybody just fills up their BPA free/glass water bottles/containers on a regular basis, but I honestly never thought there was an issue drinking water from our taps until I visited other countries.

When I was in Europe the first thing we were told was that the water from our taps was not for drinking, brushing our teeth, or even washing our faces. So basically we survived off of disgusting, expensive carbonated water from vending machines for two weeks. Yeah – not fun.

When we went to China? Same thing.

The states? A little better – but I wasn’t aware that people literally bought water constantly. Everywhere we went, people had 12-24 bottle packs of water in their shopping carts, and Walmart, Target, and every single place had a shit ton of bulk water for sale. To me it was a little ridiculous when I thought about the fact that people would go out and buy something that was readily available at home for next to nothing. 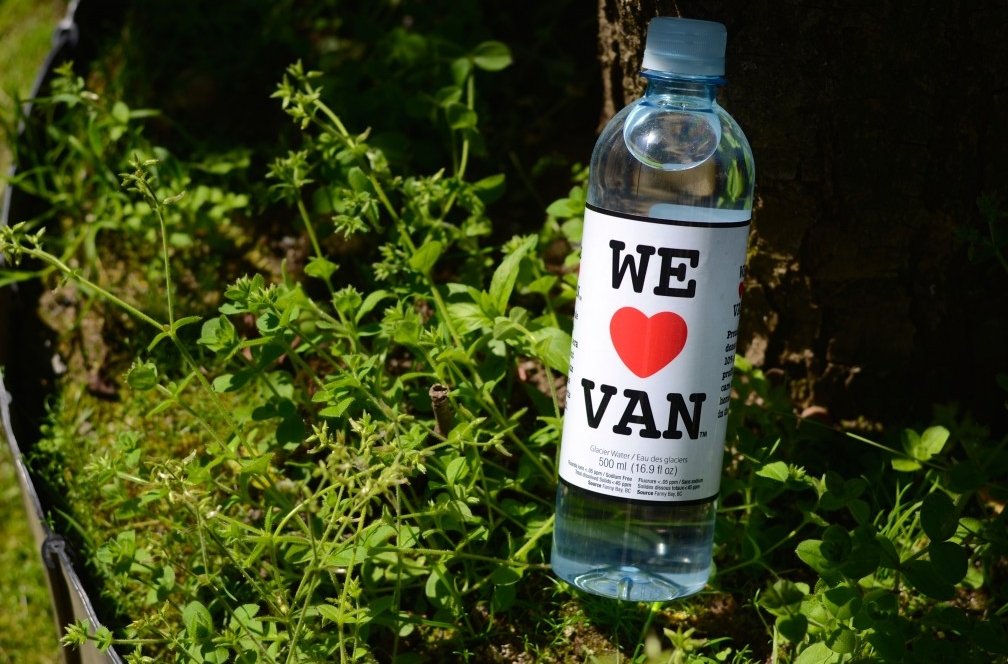 Well upon doing a little research, turns out that Vancouver/British Columbia provides one of, if not the best tap water in the world. So… sorry if you don’t live here. But I guess the fact that we have to pay over $1 million for a 2 room shithole that somehow passes for a house is our trade off?

“Hey our house is falling apart and we’ll be in debt for the rest of our lives for purchasing it, but at least we have yummy water!”

Anyways, let’s break things down shall we?

Bottled/Filtered/Tap Water – How the hell are they different?

Tap water – obviously, comes from our taps. How each city, state, province, or whatever treats it is dependent on where you live. This water basically runs through the city pipes, your home pipes, and so on. So if you’re in an old old house with rusty pipes… I’d stay away from drinking this stuff. Some common additives you’re going to find in tap water are chlorine and fluorine. Chlorine is basically used to sterilize the water and kill off any bacteria, germs, and icky things you might find. Fluorine is added usually in smaller amounts (if at all) to increase the strength of your teeth so that you’re gonna get less of a spanking when you visit your dentist next.

I believe that there are places/test kits you can buy to test your tap water at home to see how safe or whatever it is for you. Now one of the biggest reasons that people tend to go for bottled water instead is that they think that it’s safer than tap water. But did you know that tap water is more tightly regulated than bottled water?

Tap water is checked on a daily basis, whereas bottled water has less strict regulations placed on its’ production and distribution. So keep that in mind next time you think that people are just carelessly releasing toxic into your pipes at home. However, if you are unfortunately living in some shady part of the world, you might find traces of metals such as copper, lead, and mercury in your water… which is why we’re going to be talking about filtered water next!

Filtered water – is basically any sort of water that passes through a filter apparatus. There are fancy shmancy filters that get installed underneath your sink, and there’s also ones that fit into a water jug and filter your water as you pour it into your mug. What’s the point?

Like I said before, tap water can potentially contain heavy metals like mercury and lead, which does a whole lot of crap to you, so just know that they’re a big no no. Most filters are designed with things like charcoal to remove heavy metals, pesticides, and contaminants (yay chemistry) in one compartment and then pieces of yuckiness, bacteria, and pathogens in another compartment. The fancier filters can do all sorts of things like reverse osmosis, ionization, and so on.

It’s all super confusing stuff for the average joe.

Filtered water is just clean water that usually tastes absolutely fantastic and is probably the safest water you’ll ever come by, especially if you’ve got good quality tap water to start with. I have a three compartment filter installed under my sink at home and I drink straight out of it – and it’s just refreshing, delicious water with no metallic or gross flavours. Yeah it can be expensive to get one of the fancy ones but it’s a great investment and pays off in the end.

Bottled water – is where all the crazy hullabaloo starts. You’ve got glacier water, spring water, distilled water, blah blah blah packaged in all sorts of fancy bottles. You know what I think about bottled water?

Buying bottled water is basically just gonna end up with you pissing out money.

Did you know that companies like Dasani are owned by Coca Cola/Pepsi and they just bottle tap water and call it a day? As long as you put something into a bottle, it’s bottled water regardless of where it came from or what was done to it. 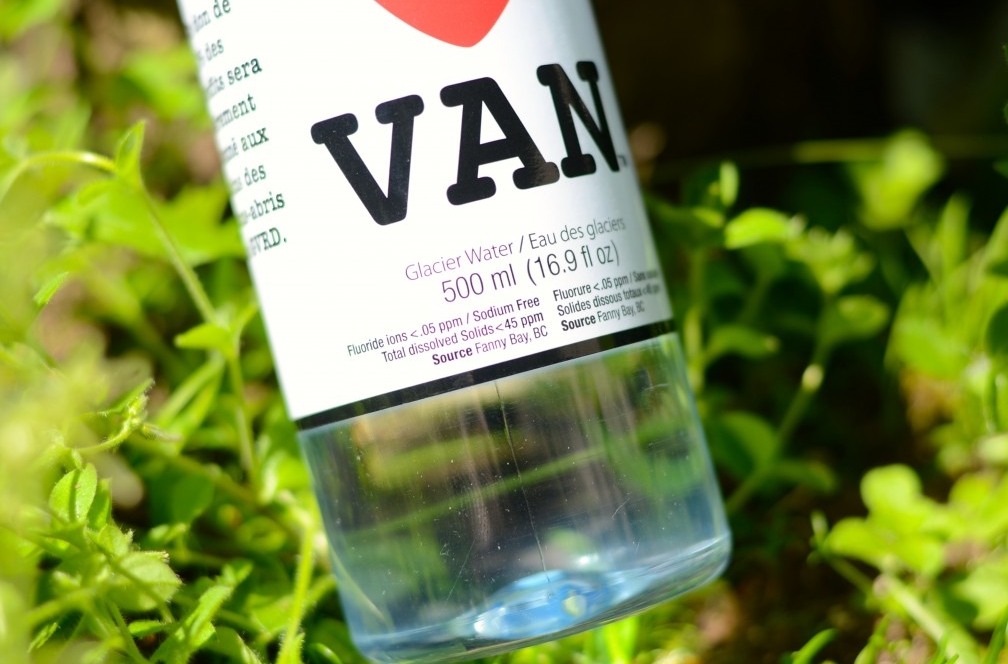 “Oh but this water contains x and x minerals, and it’s alkaline, and it’s this and that”

Okay – I get it, some water is “enhanced” but why the hell can’t you just get the same minerals in substantial amounts from just eating well? The fact that your bottle of water contains 1% of your RDA for Calcium is not anything substantial or worth your money.

Unless companies show on their website or on the label full information about how water is treated, sourced, purified, and packaged, I wouldn’t trust it at all. Just because something was “glacier sourced”, it doesn’t mean that it ends up being bottled straight away and there’s a whole bunch of grey area between the source and bottle.

Oh and things like alkaline water? It comes down to being basically the equivalent of eating a tums tablet or drinking water with baking soda. People always seem to forget the fact that we have a stomach! They claim things like alkaline water will neutralize or buffer your blood pH and stuff because it’s basic. Yeah, well your stomach is acidic so before any of that crap can even occur it’s already messed up your stomach and what you end up with is just poor digestion and absorption of nutrients. No studies have shown that alkaline water has an actual, valid health benefit on people.

Another thing? Plastic bottles are obviously wretched for the environment, and regardless of how fancy a bottle is, most studies have shown that plastic contaminants do leech into water one way or another. Also have I mentioned that bottle water is basically 10x as expensive as tap water?

– Go for filtered water. Buy the best filter you can afford, whether that be a Brita water jug or a multicompartment filter that fits underneath your sink

– Research to see what the water composition in your area is like, and then find an appropriate filter

– Avoid bottled crap to help your wallet and save the environment

– At the end of the day, water is water. If you think that pure/distilled water vastly differs from mineralized/ionized water you’re just silly

– Use BPA free/glass containers to carry your water around

– Eat well and stop thinking that one type of water (such as alkaline) has ridiculous health benefits that will turn you into a vision of health and beauty. It’s not.

– If you want to feel like you’re drinking fancy water, add a pinch of himalayan pink sea salt or squeeze of lemon into some filtered water. There you go – fancy shmancy water without the $4/bottle price tag.

Well I hope that helped, and let me know if you guys have any more questions!