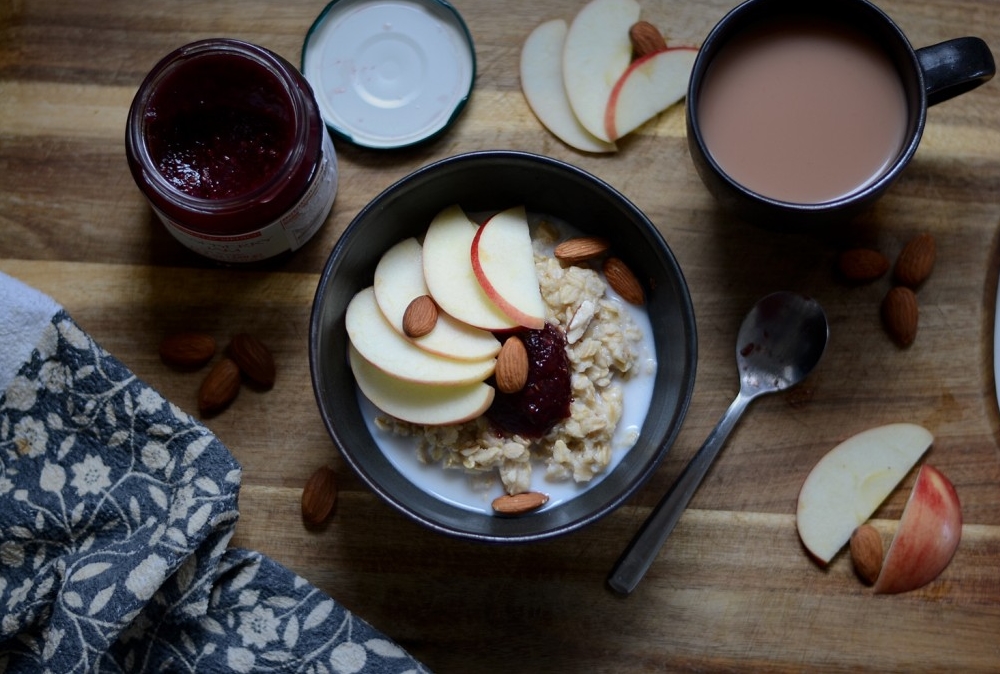 Oh hey there 2014, you sure snuck up on us there! So I’m hoping that everyone has recovered from their New Years hangover gracefully and that you’re now all ready to tackle the world, one resolution at a time. I had the most fantastically sober night out on NYE – a bit of sushi, a nice drive around Vancouver, nothing crazy or dignity diminishing. If you’re one of my friends who have hung out with my throughout the summer, you’ll know what I’m talking about – but for everyone else, I am actually the worst person when it comes to spiralling out of control whilst drinking.

I kid you not, I have an alter ego that emerges from the depths of my soul when the booze starts to flow. My ex and his friends actually named it Edna (long story), and it’s literally the most embarrassing thing ever. I start to walk like a penguin, and kiss random people/objects amongst many other terrible things. So I thought it wouldn’t be the greatest start to the year if I had woken up on January 1st deathly hungover and dying of shame as I relive my NYE through a slur of blurry photos on my iPhone.

So anyways, I was flipping through Facebook and I probably read through what must’ve been 100 status updates about New Years resolutions and all that crap. 8 out of 10 involved some sort of resolution about losing weight and getting healthy, but isn’t that the case every single freaking year?! Now it’s probably because I’m a food nutrition & health student, or maybe it’s because I talk about food and health all day long, but I received so many texts from people (some of which I haven’t even talked to in forever) telling me that they’re going to lose weight this year. And I just kinda sat there and was all…

“That’s nice… shall I clap for you and shower you with praise?”

Not that I want to be snarky and all, but you can only imagine how annoying it gets to hear the same things from the same people year after year. I would love nothing more than to see people succeed, but empty promises and failed resolutions are up there on my list of most irritating pet peeves. However, when it comes to people who don’t declare their goals to the entire world and actually quietly work towards their goals with a beautifully strong sense of determination, I have nothing but love and support for them.

I had a friend who messaged me on Facebook, telling me she really wanted to stay on the track to becoming healthy, but she was absolutely sick of her cinnamon oatmeal every single morning. So, she asked me if I had any ideas of how to switch things up and of course I gave her about 100 ideas, but the one I’m going to be talking about in this post is probably my favourite.

If you’re new to the whole nutrition game, this is how eating foods like oatmeal can help lower your cholesterol, help you feel full, etc. Whole grains like oats, barley, and the similar bunch all have tons of soluble and insoluble fibre. Insoluble fibre makes up the bulk of your feces and keeps you full, and helps “clean out” your insides. Soluble fibre however, is responsible for lowering your cholesterol for the most part. As you know, the liver creates bile that’s stored and then released by the gallbladder when we eat and food needs to be digested. One of the major components of bile is body cholesterol, so what that means is that your body takes cholesterol found in your blood (the bad kind), brings it to the liver, and then turns it into bile that’s used to emulsify fat in the small intestines.

For the most part, bile gets reabsorbed into the body after you’ve finished digesting a meal so that it can be reused. However, soluble fibre binds to bile and prevents your body from reabsorbing it. Instead, you end up excreting it, which might sound kinda bad at first because it seems like you’re getting rid of something essential to food/fat digestion. But in actuality, when you excrete bile, it forces your body to make more! So it takes even more cholesterol from your blood to replace the to bile you’ve just essentially pooped out.

You and your heart are welcome for that little lesson right there. So go forth and eat all the oatmeal you see in sight. I always try to pack my oatmeal with as many nutrients and antioxidants as I can, because it just seems weird to me how some people can eat plain oatmeal… like, really weird. I usually add eggs for protein, spices for their anti-inflammatory properties, and some fruit for that extra kick of vitamins and deliciousness. 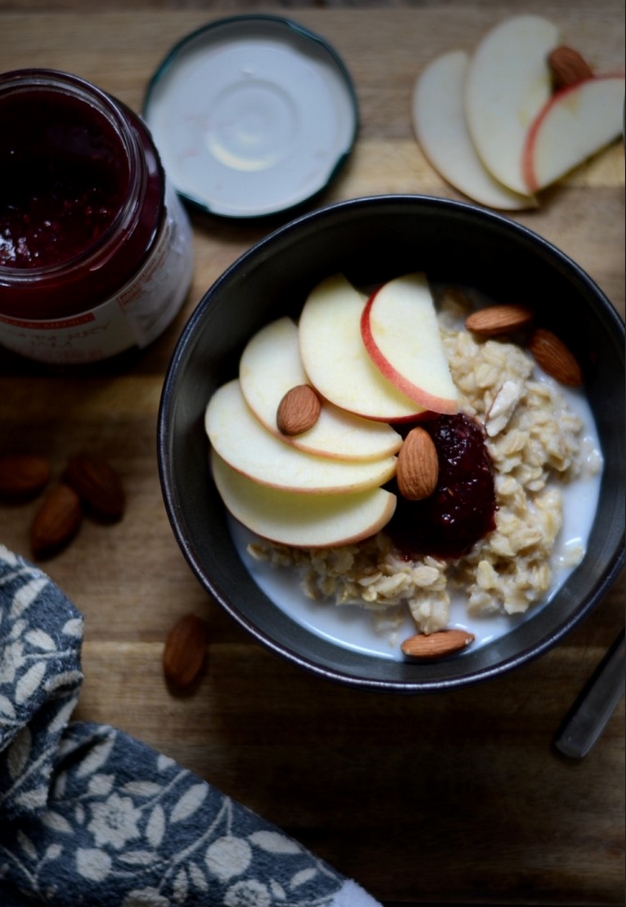 1. Cook the oats in the water over a medium heat until it’s fully cooked and all the water is absorbed.

2. Stir in the eggs until they’re just set and cooked. You don’t want hard bits of eggs, so stir constantly.

3. Mix in the milk, cinnamon, along with the rest of the ingredients/toppings.