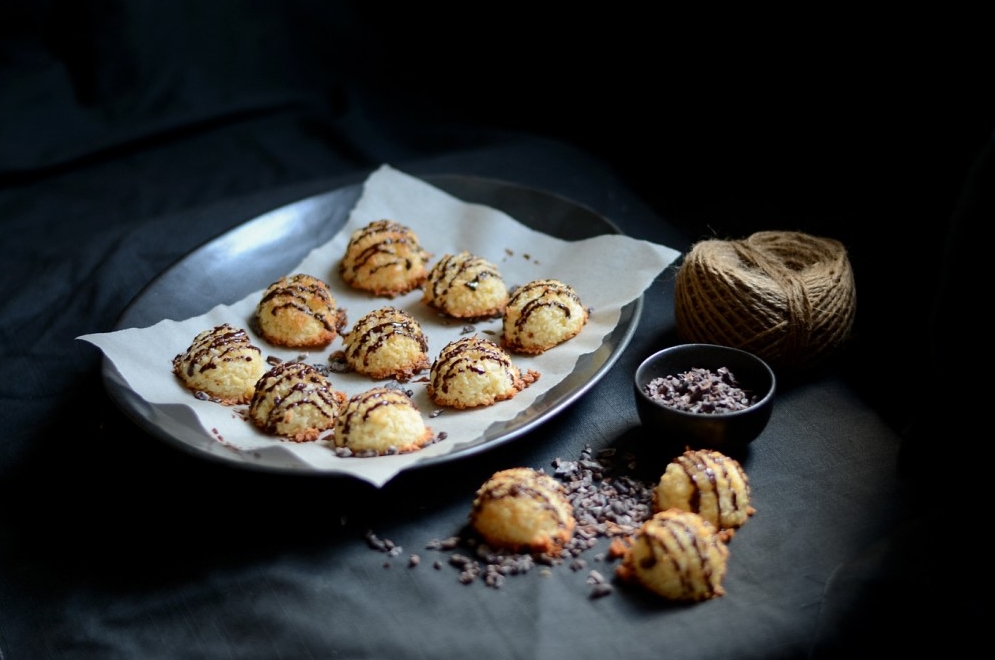 I am free, it’s the sound of peace. And it’s freedom, sweet freedom. But now I’m free now, I’m free now. If you can’t tell, I’m finally done my finals! Good lord that was a wretched two weeks of my life wasted. The second I took a step out of the examination room and sucked in a breath of beautiful, crisp, and Christmassy air, I was filled with joy and practically pranced home like a bad ass mother fucking reindeer high on sugar cookies.

Okay – well I drove, but I was playing Christmas tunes in the car so really, toe-may-toe, toe-mah-toe.

Given the fact that my body completely broke down last night and I prayed for the strength of Jesus and relied on two NyQuils to get me through the night without feeling like I was being exorcised of the flu demon, I’m actually doing really well today. I’ve been up since 5am, bounced around town buying ingredients for the butt load of baking I’m doing in the next few days, tested a few recipes, and managed to squeeze in a work out. It’s only 5pm! But… I’m kinda ready to just kick back with a big bottle of wine, have a nice dinner with my parents, and set fire to every notebook I’ve used this semester and loudly cackle while the pages shriek and burn away.

So even though my finals are over and I’m free from the evil clutches of school, I’m still mildly freaking out. I’ve got a few parties lined up this week, and I somehow ended up being the designated baker for said events. Now here’s the thing about me – as weird as it may sound, I absolutely hate cooking for people I don’t really know. It’s just the thought of being judged and having people tell me that they don’t like what I make that makes my insides shrivel up like a raisin. Aside from my immediate family, a select few friends, and my coworkers, nobody has really ever tasted my cooking. So really, I’m not sure whether or not people are telling me the truth when they say they like my cooking, or if they just feel obligated to because they’re close to me and know I’ll die on the inside if they say that they don’t.

Basically I’ve been frantically flipping through every recipe book I have, and texting everyone who’s tasted my baking before and asking them what I should make. General consensus from all my friends: “Shut up. Christ’s sake. We love your shit!” but still, I’m not at ease! I guess I’ll spend the next few days cooped up in my kitchen, pretending I’m Mary Berry and cope with the stress of baking with a ton of booze. So really… not a bad situation at all! 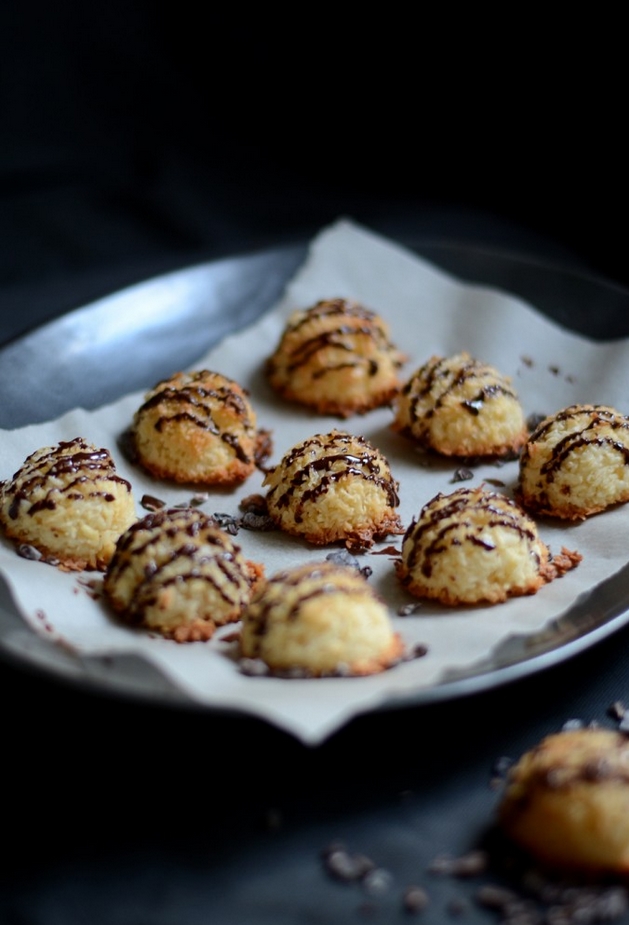 Macaroons are one of my favourite recipes to make when I need that boost of self esteem to reassure myself that I can actually bake something without setting myself or the house on fire. I mean – they’re literally impossible to get wrong. After making about 300 last year to give out as presents, I can confidently say that I can make a damn yummy macaroon. My issue that I have with most macaroons is that they’re often like, dry, crumbly, and taste like they’re made to scrub your intestines out. It’s probably the fact that the majority of coconut macaroon recipes use a heck load of egg whites to make a meringue, and then only a stingy amount of coconut to fold through.

Chuck in the egg yolks as well and bump up the coconut! What you’re left with is a chewy, moist, and fragrant piece of awesomeness. Also, macaroons taste best when they’re not fresh and right out the oven. Why? Well when they’re fresh out the oven, they’re crumbly, not completely set, and quite dried out. As you let it sit around for a little bit, the sugars suck in moisture from the air and it “matures” into the most delicious piece of coconut goodness.

So if my peppermint chocolate tart, gingersnaps, and snickerdoodles fail… I guess I’ll just bucket loads of macaroons? I’d be totally fine with that! 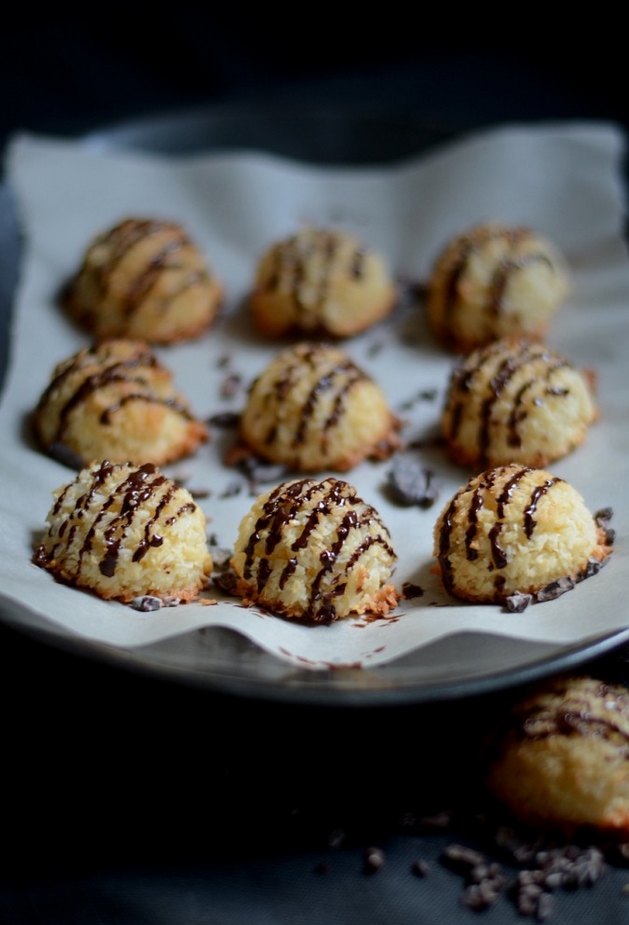 1. This is honestly too freaking easy. Preheat your oven to 350F.

2. Mix EVERYTHING except the chocolate together.

3. Use a spoon (I used a tablespoon measure) to scoop out the macaroons and place onto a cookie tray lined with parchment paper

5. Melt the dark chocolate and butter together, I just did this in the microwave. Put it on for about 20 seconds and it should be about half melted, and then keep stirring the chocolate until it fully melts to prevent it from over heating and splitting.

If you’re not a fan of chocolate, I’ve tried rolling the macaroons in cinnamon sugar and they’re just as yummy! 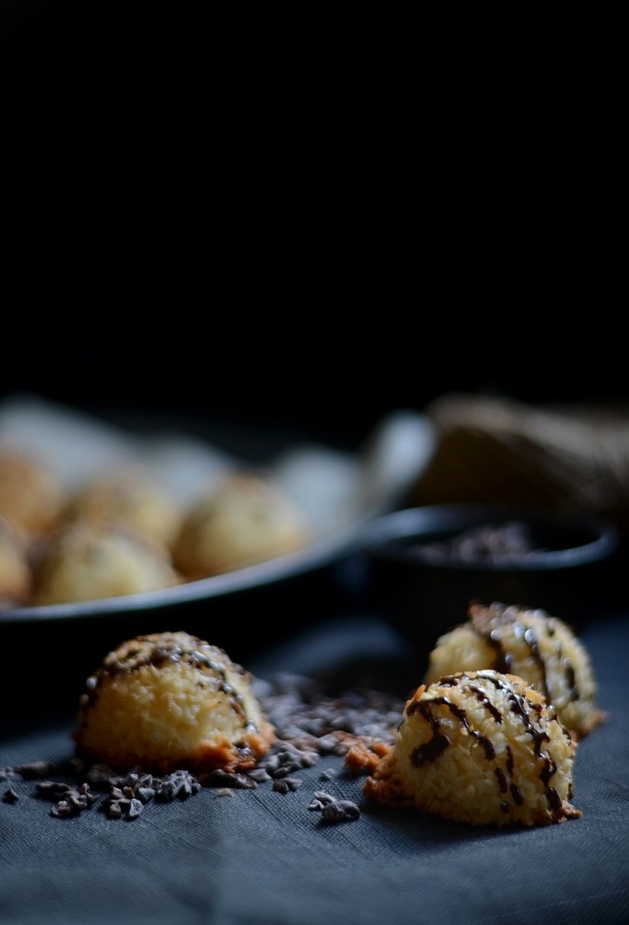