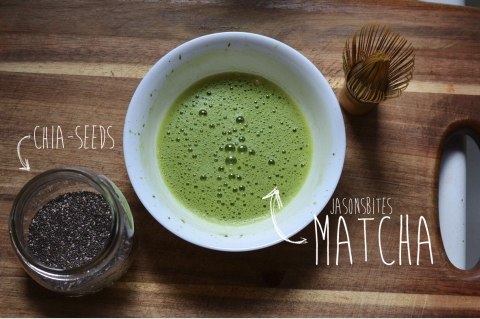 Hey guys! So before I get into the post, lets all pause for a moment, gather some glittery confetti and toss it into the air because I am officially done exams and free from the clutches of school until September!!!!

Anyways, today’s topic is matcha! I honestly can’t believe how popular it’s getting! I mean, I’m sure we’ve all had our fair share of green tea frappucinos from Starbucks in the past but the amount of matcha related items popping up is craycray! But, I think its kinda ridiculous that the majority of people I know only ingest matcha in one of two general ways: through heavily processed crap (candy, ice cream, etc) or in unnecessarily refined forms (supplements).

I mean, why can’t we all just enjoy the real deal?!

If you’ve never had a straight cup of matcha before, its super grassy, slightly earthy, and bitter in all the right places with an amazingly smooth finish. It’s far from all that sickeningly sweet stuff you probably know. 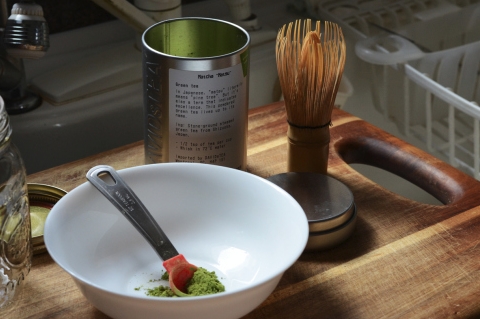 Now if you don’t know about how amazing matcha is for your body, get ready because I’m going to blow your mind. In order to make matcha, the tea pickers (?), the tea peeps (?) have to individually devein each little leaf before grinding it up into powder. So really, you’re ingesting the entire leaf!

So here are some of the cool little things that matcha has been shown to help you out with:

Also, according to bodybuilding.com:

Yeah, is that crazy or what?! I’m guessing that’s why so many people take green tea supplements and stuff though. But whatever, who needs that when you can sip on the real thing?! If you’re trying to wean yourself off of coffee, matcha will really help you get that kick you’re gonna miss in the mornings. The cool thing about the caffeine in tea is that it works in a progressive manner, so you’re not whacked in the freaking face with a buttload of energy as you are when consuming coffee! So whenever it’s craycray at work, we make ourselves little matcha shots and they keep our little butts running and I gotta say, it’s pretttttyyyy awesome 🙂

How to make it:

Now it might be a bit intimidating at first, because you’re probably all “Um, how the heck am I supposed to make this” and it’s not that difficult! All you need are some handy kitchen tools such as a whisk, a bowl, and some recently boiled water that’s been left to cool for abouttttt 8-10 minutes so that its around 75 degrees Celsius.

But if you want to invest in some COOL GADGETS that’s gonna make you the best cuppa tea you’ve ever ever had on earth, I got you covered as well 🙂 & yes, having a proper matcha whisk and bowl really make a difference!

– all the tools you need: the bowl, whisk, and teaspoon!

– which is the kind that I use at home!

So once you have everything ready, just pour a few tablespoons of water into your bowl and whisk 1 tsp of the matcha powder into a paste. Then, gradually add more and more water as you continuously whisk! What you’re looking for is a beautiful foam which indicates that everything’s been gloriously distributed 🙂

Now if you’re someone who never has much time for breakfast and has to decide between that piece of toast or coffee before dashing out the door and into a hectic day, no worries, I got you COVERED with an even better option.

You heard me! It’s an amazingly simple way of making a breakfast (or snack) that will energize you, keep you full, and provide you with the benefits of chia seeds, which is another superfood! So really, it’s like superfood x superfood which basically means you’re ingesting a megafood, right??

All you gotta do is just use about 2 tablespoons of chia seeds, whisk your matcha in a bit of water, mix the two, fill your container about halfway with more water, and then top up with your dairy (or non dairy) beverage of choice! And if you feel like it, throw a few chunks of banana or some honey in there 🙂

But wait – it gets even better! If you need to dash out the door, you can even blend this into a smoothie! Chia seeds are a great thickener and you’ll end up with an awesome, creamy, and fantastic breakfast on the go!